How I got where I am today

The industry’s leading lights share the paths they took and the decisions they made to make it to the top of their fields. 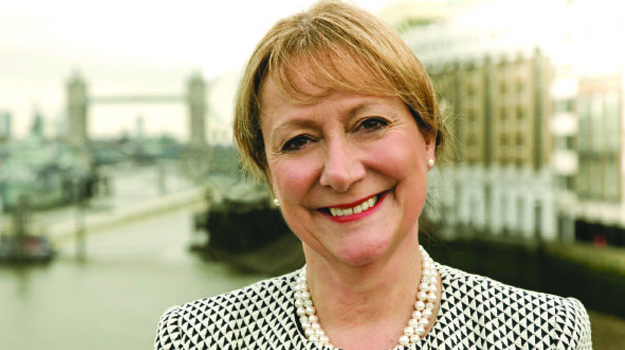 Softly spoken and impeccably dressed, Gordon is compared by her chairman at Grainger, Baroness Margaret Ford, to Dame DeAnne Julius, a former CIA intelligence analyst, eminent economist and ex-chairman of Chatham House. A steel fist in a beautiful velvet glove.

Gordon has a varied and highly successful career in real estate. She ran a development business that was part of listed contractor John Laing for 10 years before becoming group property director for the now defunct Railtrack, where she was credited with creating value out of industrial wasteland. She later led Legal & General’s £4.5bn Life Fund before joining Royal Bank of Scotland in October 2011 to run its ‘bad bank’ West Register, where she was tasked with offloading its multi-billion pound distressed loan book.

In January 2016, Gordon joined Grainger, the UK’s largest listed residential landlord, as chief executive, and has begun the task of revolutionising the 100-year-old business, turning it into a major PRS player.

When it comes to climbing the career ladder, Gordon holds no truck with false modesty: “Don’t be frightened of shining light on the really good stuff that you are doing. If your line manager is not acknowledging and developing you, make sure that other people in the organisation see it because they are your ambassadors. They are the people who will tell other people.

“Ultimately, in most progressive, collaborative organisations, you discuss talent coming through and it is not just your line manager that is your advocate. There are a lot of other people that will have a view on how good you are.” 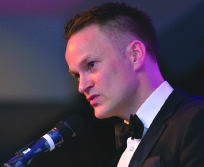 Chris Stewart is one of only a handful of developers you can expect to hear mentioned by name in Scotland’s property circles.

But the founder of the Chris Stewart Group could have taken a very different path, with career advisers telling him his aptitude for maths would take him far in the actuarial and statistics world.

A degree in applied mathematics and economics at St Andrews was cut short by a disillusioned Stewart, after he had got to work on some of his first property deals.

“I bought my first property at 17 and moved on from that, doing flats up and selling them on,” he says. “I suppose I’ve always done property – I started my business at the age of 21 and I’ve been running it for more than 20 years. I was always very interested in real estate and when I was younger I was obsessed, but I don’t know where that obsession came from. Even as a kid I was picking out any house we were moving to.”

Today the group has regenerated more than 50 buildings and is known for its work on Advocate’s Close in Edinburgh’s Old Town, for which it received the Andrew Doolan Award – the highest architecture gong in Scotland. Now the group is looking outside of Scotland for further opportunities.

For Stewart, the key to longevity and success is simple.

“It is difficult to teach, there are courses, but the time spent thinking about risk and investing your own capital is central. For me, it’s all about having a business plan and making sure we are growing a balance sheet.” 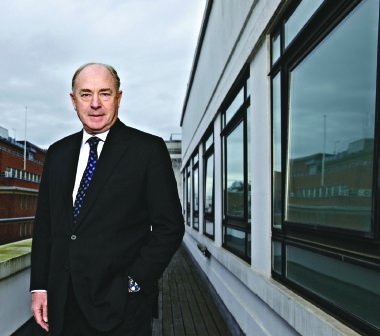 Derwent chief executive John Burns has been described as “the developer’s developer” and the “sage of Shoreditch”.

From small beginnings, he has turned Derwent from a £1.5m shell company to a FTSE 250 business with a £5bn portfolio of 6.2m sq ft of property, almost all of it in central London.

But how did the 72-year-old, who admits he was bad at maths when he left school to become an agent at the age of 16, get here?

His old-school turn of phrase has certainly helped. He used the concept “talk to the horse’s mouth, not the other end” in relation to keeping tenants of his buildings happy.

“Surround yourself with talented people,” he advises. “Learn the whole time, work hard, no short-cuts. I’ve met a lot of very interesting people on the way up and I’ve always been happy to listen to advice, but I’ve always been prepared to make decisions and that’s the most important thing.”

And what was the most significant moment of his illustrious career?

Burns says: “There have been many big moments but the most prominent and pivotal one in both my career and in the evolution of the business was the £900m merger of Derwent Valley Holdings and London Merchant Securities in 2007.

“It was one of the British property industry’s largest ever mergers and helped transform us into the Derwent London we know today.” 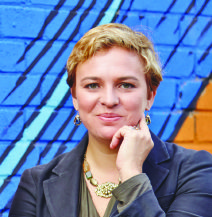 “I am not qualified,” says the UK’s Queen of Tech. “Not to do any of it. And you know what? I hope that’s inspirational.”

This, coming from the woman pretty much everyone in real estate is desperate to have on speed dial, is quite something.

It is easy to see why Juliette Morgan is such a sought-after addition to little black books across the industry. She is considered one of the leading voices in real estate tech in London. Probably in the UK.

And, quite possibly, in the world. And that aforementioned and rather regal moniker? It is not self-coined. No, that is what her peers call her – from the tech start-ups to the developers and from the investors to the government officials.

But she wasn’t lying. She is not qualified to do any of it. At all.

“I went to a south Wales comp and went on to do a degree in international development studies. So not related to real estate,” she says. “I asked to join a real estate company and they said, ‘No, you know nothing about property at all.’ Which was true.”

Undeterred, Morgan enrolled to do a property course one day a week on the South Bank while working as a pizza waitress before moving up to Cambridge to join part of the Science Park team. Then, in 2007, she was headhunted to go and become the first employee in New York to join the now world-renowned East River Science Park. Two and a half years and a Lehman’s crash later, and Morgan was forced to move back to the UK with no immediate job prospects. After a brief stint running a vineyard, she was headhunted for the government’s tech initiative to support London’s digital economy before leaving to join Cushman & Wakefield full-time as a partner heading the global tech team.

“I will say again. I am not qualified,” she says. “Some people in this sector are obsessed with the right degrees and qualifications. I have none of those.”

Lynda Shillaw says she fell into property by “total accident”. The divisional chief executive of Manchester Airport Group Property, who oversees £640m of property assets across four airports, started her career in finance after graduating in 1986 with a degree in accountancy and finance from Humberside University.

She joined BT’s corporate finance team after relocating from London to Leeds with her husband, and soon shifted to the asset side of the business, working on its property portfolio for 16 of her 18 years at the company, eventually becoming property director.

From there, she joined The Co-operative, leading its estate for four years including the creation of its new HQ at NOMA in Manchester. Shillaw was then headhunted to run Lloyds’ real estate lending book before moving again to lead Scottish Widows’ Investment Partnership real estate fund management business.

She joined MAG in 2014 and is now overseeing one of the biggest UK regeneration projects – the £800m Airport City Manchester scheme.

Shillaw says her career has been a mixture of hard work, courage, and supportive mentors who have encouraged her to progress up the career ladder.

“I think I have always been very driven,” she says. “I have been fortunate to work with some really brilliant people over the years, some really good sponsors and mentors in the early years of my BT days and I’m still in touch with some of them. It’s just a fantastically diverse sector to be in. I have always loved the fact that I have been able to stretch myself professionally,” she says.

What advice would she give others hoping to scale the heights she has reached? “I think part of my make-up is I just love to have a go and try something different,” she says. “I would just say be brave. You never know what a job is really going to be like before you do it. The most important thing is to actually walk through the door.” 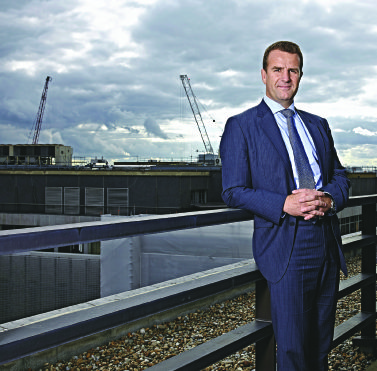 In 1987, he embarked on professional life as a retail agent. He is one of the original Dalgleish pack, which was bought by CBRE in 2006, when he was made head of UK retail.

Seven years later, he was made UK managing director of CBRE, a business with 10,000 staff nationwide.

One of his biggest tickets was handling the disposal of one of the UK high street’s most high-profile casualties – Woolworths.

He is a keen sportsman too. Bird played rugby for London Irish for 10 years as a back row and professionally for five years. Now, he is on a mission to help more young people to make it in the property industry and is using sport to help. This year CBRE has become a principal partner of England Rugby’s All School programme.

“I’m very passionate about offering young people the kind of opportunities that I have had,” he says. “There are countless parallels between business and sport. If we’re to encourage more young people from more diverse backgrounds into the sector, we need to ensure they have the qualities to be successful.”