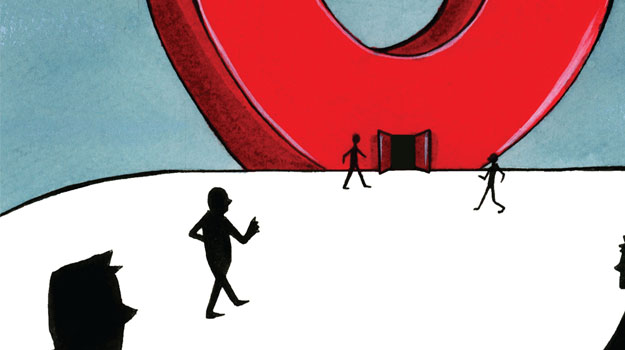 The job market is tough, and perhaps getting tougher. How do candidates stand out? And how are employers looking to fill the most in-demand roles? Michelle Perry investigates.

The financial crash and the destruction it wrought on the UK’s property industry may be a happily distant memory, but unexpected after-effects continue to reverberate as organisations struggle to recruit because so many jobs were lost.

Putting Brexit to one side for a moment, the past two years have seen the industry boom beyond expectations. Projects are flooding in thanks in part to a stable economy, low interest rates and a relaxation in some planning laws. But there is one sticking point for the sector – businesses cannot recruit people with the skills they need quickly enough.

Historically, the property profession has rarely had a surplus of candidates lining up to get into the business, unlike accountancy or law. It has typically been viewed as a ‘closed’ profession – one of those industries that people tend to enter only because their father or uncle worked in it.

The industry is trying to change that image now by targeting schools and encouraging graduates from other disciplines, in order to ensure a future pipeline of candidates. But this won’t solve the short-term problems.

“It is a tough market,” says Charlotte John, head of resourcing EMEA at Cushman and Wakefield. “It is hard to recruit across all areas because there is a lack of candidates.”

In particular demand are valuation experts and planners. After the crash, many of these professionals left the property business because the downturn was so quick and so severe that it was unclear how long it would take for the industry to recover. Some professionals took early retirement, while others left the profession to forge an entirely different career.

“The hardest roles for us are in valuation and surveyors,” says John. “After the recession, many people could not get jobs and went elsewhere, and have not come back into the industry.”

Competition is so tough for certain roles that the private sector is not just poaching from the public sector, as is traditional, but increasingly from its peers.

Regional firms such as Bristol-based Hartnell Taylor Cook are also feeling the pinch in recruitment.

“There’s a bit of a skills shortage in the mid-level, which has a lot to do with the recession,” says Leanne Alder, HR manager at HTC. “Many people retired or got out of the profession. We find it’s a problem in the regions as well as in London.”

But the struggle to recruit is not just down to the recession, says Walker, but because planners continually get a bad press from government, and the numbers coming up through the profession are not enough to fill capacity. 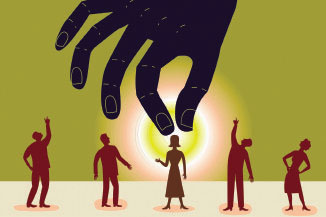 “Planning has had a kicking from the government,” says Walker. “The focus since the credit crunch hit has been that the government thinks it is the planners who are stopping growth from happening, even though it is the politicians who are responsible for wave after wave of regulatory changes in recent years.”

Another reason for the narrow pipeline of qualified surveyors and planners is the lack of universities offering courses in surveying or planning and many universities choosing foreign students over domestic students because of the higher fees that can be charged.

In the past, this has not caused an insurmountable problem because many international students have remained in the UK to work, but with tighter immigration controls on nonEU nationals working in the UK since 2010, most have to return to their native countries to find work. This situation may change as the UK redefines its relationship with Europe.

However, some employers say the recruitment blockage is more about quality than quantity of candidates.

“There was an effect a few years back when there were fewer in the middle band,” says Tony Horrell, chief executive UK and Ireland, Colliers International. “That is correcting itself now. I look at this differently. The demand is more acute for top talent. I would rather take on one grade-A person than two grade-B people. Grade-A people are the most sought-after across any discipline.”

And it is not just London that is facing hiring issues. Savills has found that recruiting outside the UK’s big cities – in parts of Scotland, for example – or for niche markets, is also proving troublesome.

“If you are looking for experienced people, the talent pool is narrow, particularly in remote areas, unless you are prepared to be open to alternative backgrounds,” says Noel McGonigle, UK HR director at Savills.

Despite the widely held perception that certain disciplines hold greater opportunity for early promotion in a career than others, most employers dispute this. Employers say it is more about the individual and their understanding of the business, than location or sector.

“I don’t think it goes by branch or discipline,” says Horrell. “It’s obvious to us that if you get an A-grade person, you can see those that build leadership early on, irrespective of where they work.”

And it is no easier in the public sector.

“We have recruitment shortages,” says David Joyce, director of planning and development at the London borough of Lambeth. “It is a very difficult market we are in at the moment.”

The tighter controls on immigration have hit Lambeth particularly hard. In the past, the borough has often tackled a talent shortage by recruiting surveyors and planners from Australia and New Zealand, but the newer restrictions mean Australians and New Zealanders are entitled to only a year’s stay in the UK, which they typically use to travel rather than work.

Rather ironically given the nature of their job, steep house prices rises, particularly in London, have priced many younger planners out of staying in the capital. “Most of my planners under the age of 35, on their second or third job with the right skillset, do not expect to get on the housing ladder, so tend to leave London,” says Joyce.

In the public sector, the recruitment difficulty is exacerbated by the pay freeze over the past eight years, which makes the sector undesirable for some when coupled with rises in house prices and the cost of living. These factors may affect the wider industry because many professionals will not have the option of gaining public-sector experience – often sought in the private sector.

It is leading to some remarkable situations. At Lambeth, Joyce has just retired an employee in building control aged 80 because the lack of skilled staff is so severe. He says the average age is around 60, and many of those are on the brink of retirement, but there are not enough younger candidates coming through the ranks.

The shortage of candidates with the right skills is nothing new to the industry. Recruitment in the property market has often been cyclical. But what is new are some of the reasons behind the current recruitment bottleneck – low intake of domestic undergraduates, a fastchanging skillset, tighter immigration controls and advances in technology.

As the industry faces a new economic reality defined by the decision to leave the EU, it must acknowledge that the current set of factors are not just part of the economic cycle, but potentially permanent. Unless these matters are addressed, the property market could face more frequent and prolonged problems with recruitment that may stymie future growth and development.