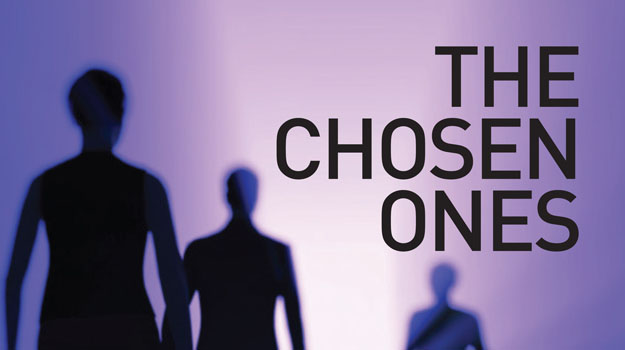 The best graduate employers know how to motivate and reward talent. In return they get loyalty and commitment. So what’s the magic formula? Karl Tomusk reports.

In the world of property grad schemes, one company seems to have figured out exactly what students want. This year, Barratt Developments has once again topped TheJobCrowd’s list of top property companies to work for.

The annual list takes feedback left by graduates and ranks companies based on their scores in 14 categories, ranging from training and support to career progression and work/life balance.

Companies are divided between large intake (30 or more graduates) and small intake. Any company for which more than 50% of its graduate employees has left feedback is eligible, and while other property companies have shifted up and down the list, Barratt has stayed at the top of the large intake pile, year after year.

As Liz Haselgrove, sales and operations manager at TheJobCrowd, says, the basic things that make a graduate scheme successful are the same regardless of the industry. “People want to feel like they’re making a bit of a difference, and if they’re just photocopying in the corner, they’re obviously not going to feel that as much as if they’d helped to design a new development,” she says.

“Grads should feel valued and trained and able to progress in their career, rather than just used as a cheap labour force. Their individual strengths and wants need to be taken into account.” 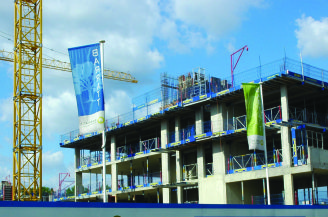 Barratt has taken this challenge head-on with its two grad schemes: a one-year accelerated construction programme, and a broader two-year programme called Aspire. The one-year course is aimed at those graduates who know they want to get into construction, and it qualifies them as assistant site managers by the end of the 12 months. For everyone else, however, the Aspire programme is a chance to see the industry broadly for a year, rotating from one department to another, before specialising in the second year.

Suzie Flynn, graduate and future talent manager at Barratt, says: “Graduates see the whole development process all the way through from buying a piece of land and getting planning permission, through to the finance and construction side of it.”

“Quite often we find that you might have someone that has done a degree in quantity surveying, for example, and when they go into the job they realise, ‘Actually, I don’t think this is for me,’ But then they have another five departments they can experience.”

On the programme, graduates stay in one location for the two years and team up with the local managing director, who mentors them and helps them choose which department to specialise in the second year. This is coupled with development courses every six to eight weeks that teach interpersonal and management skills.

“We’re all struggling to fill our vacancies with candidates that are coming straight out of university at the minute. It’s become a bit of a bunfight between us all”

“By the time they come off that twoyear programme, they understand the whole business, they’re ready to fasttrack through the organisation, and they’ve made some great relationships,” says Flynn.

And this has worked. According to TheJobCrowd, in nearly every category graduates rate, Barratt ranks considerably above the average. Last year, it scored 8.43 out of 10 for career progression, compared with the industry average of 7.4, while levels of responsibility given to graduates scored 8.39 compared with an average of 7.24. Its biggest success, however, came in the training category with a score of 9.71, above the 8.23 industry average.

Unsurprisingly, the report found that graduates at Barratt intended to stay with the company, on average for 17 years and seven months. The figure for the property industry as a whole was only 12 years and 11 months.

The secret to Barratt’s success, according to Flynn, is seeing each graduate as an individual with unique skills, and finding potential regardless of a person’s background. “It’s about developing those real life, open and honest relationships,” she says. “It’s about understanding what people want these days. The number one thing they want is responsibility. They want career progression. They want lots and lots of personal development. It’s not just about the starting salary.”

Haselgrove agrees, pointing out that a lot of the complaints TheJobCrowd sees are based on how useful the graduate feels. She says: “Some of the companies just take on a bunch of people and then figure out where they can put them, so they’re not actively matching skill sets and enthusiasm to a role. In larger companies especially, people are basically given a number and they’re not looked after or nurtured.”

Fixing this problem, Haselgrove says, should be a “no-brainer”. Graduates feel the most useful when they have a level of responsibility that matches their interests and skills. The most basic thing a company can do to improve its ranking, she says, is to give graduates tasks that are useful and make a difference.

One of the biggest mistakes property companies can make in their graduate schemes is not being flexible. Flynn says: “We have people on our programme with degrees in the history of art and psychology – philosophy even – and they’re great! Some of our best people have all the right behaviours and motivation, but not necessarily the degree background. If you just stick to people with property-related degrees, the pool of people there is so small between all the vacancies and all the recruiters.”

Flynn says this is particularly true now that the property industry is experiencing growth, while the number of graduates who have done property-related degrees has decreased since the recession.

“We’re all struggling to fill our vacancies with candidates that are coming straight out of university at the minute. It’s become a bit of a bunfight between us all,” she says.

The key to staying ahead in that bunfight is keeping up with feedback. Flynn says the company reads every anonymous review left about them in TheJobCrowd and uses its annual reports to see what they do well, what they can do better and how that compares with everyone else in the industry.

The feedback companies receive points straight to the no-brainer Haselgrove talks about. Improving property graduate schemes starts with listening to its employees and treating them as individuals.