Walk this way and embrace the new 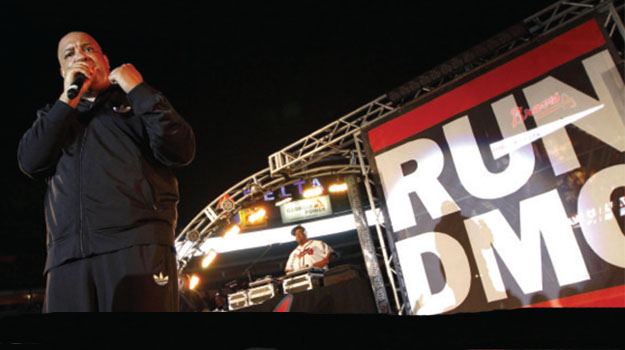 In this extract from one of his most popular articles for Estates Gazette, Dan Ward explains why working with unfamiliar teams could take your career in an unexpected direction.

In 1986, something magical happened on MTV. Rap group Run DMC performed a cover of Aerosmith’s 1975 hit Walk This Way, and two of the guys from Aerosmith were performing right alongside them.

Watching it left me feeling excited, confused and a little scared. It wasn’t just a rap version of a rock song; this was rappers and rockers performing together. I’d never seen anything like it.

I didn’t realise it at the time, but looking back, it is now clear that the Run DMC/Aerosmith collaboration helped set the intellectual foundation for much of the work I would later do as an engineering officer for the US Air Force.

Whether I was overcoming interservice rivalry to bring soldiers and airmen together for a joint development project, or blending imagery and signals intelligence feeds into a “multi-INT” product, my most important work seemed to happen in situations where categories converged and boundaries got fuzzy. I am pretty sure I owe it all to Walk This Way.

Duncan Watts explained this in his 2003 book Six Degrees, saying that important breakthroughs often occur at the intersection of diverse disciplines. For example, he writes: “The arrival of the physicists into a previously nonphysics area of research often presages a period of great discovery and excitement… No one descends with such fury and in so great a number as a pack of hungry physicists, adrenalised by the scent of a new problem.”

A similar thing can happen when we build unusual connections. Research shows that weak ties are more helpful in a job search than strong ties, and casual links are more likely to lead to creative outcomes than the formal organisational relationships we usually rely on. To quote Watts again, these “undivisions” provide us with “rapid access to everybody else’s work, thus dramatically speeding up the cycle of ideas and innovation”.

So if you are interested in finding new solutions to tricky problems, or just trying to build a more innovative team, it is a good idea to reach out beyond the typical category boundaries and see what happens. As business guru Tom Peters advises, you may want to start by taking someone new and weird out to lunch.

The funny thing is that the members of Run DMC had no idea who Aerosmith were before their producer, Rick Rubin, played the song for them and suggested they made a cover version. In fact, they didn’t like the idea at first. But it ended up being a breakthrough hit for both bands and one of MTV’s most popular videos. That sort of thing happens at the convergence of previously divided communities.

And if you are wondering why a former US Air Force engineering officer is writing about a 30-year-old music video in a publication for the UK property market, let me explain: I am blending categories. The good news is, you can do it too. It’s much easier than you might think. All you have to do is walk this way.