Where to cast your net 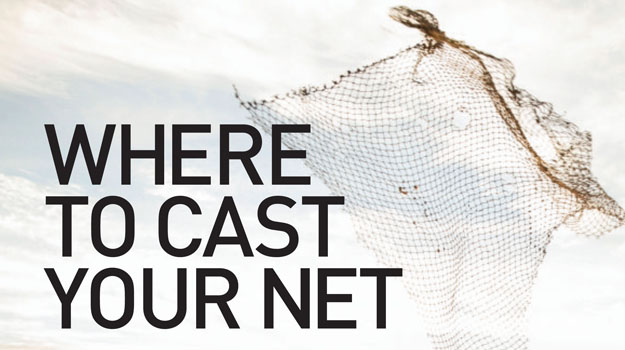 London may pull in talent from around the world but there is no shortage of possibilities elsewhere. EG writers offer a succinct guide to the places that hold the best prospects for venturesome property professionals.

A ringing endorsement for Leeds as an exciting place to work – and as a place with a highly skilled workforce – came from Sky’s director of digital platforms earlier this year. Matt Grest, who has led Sky’s launch of a 61,000 sq ft technology hub at Allied London’s Leeds Dock, said Leeds had come out on top in Sky’s global search for a location with a strong local skills base.

“We put a pin on the map, we did a one-hour commute radius around Leeds and we asked, within that area could we get access to the skills we needed?” he told Estates Gazette’s Leeds Question Time. “And the answer is yes.”

The Yorkshire city is positioning itself as a centre for IT and digital, and an increasing number of professionals are moving to Leeds from London to benefit from cheaper rents and less expensive travel. Sky’s tech hub will create 400 highly skilled jobs in Leeds.

“Let’s not be modest about the fact that Leeds is a fantastic place to live and work,” he said.

Dublin has been to the brink in recent years, but an Estates Gazette Question Time event in April demonstrated that it is definitely back. PwC and ULI’s 2016 Emerging Trends in Real Estate report put the city in the top five property hotspots in Europe. International and domestic property activity during the first three months of 2016 has maintained the momentum, while deals such as Green Property’s €950m (£796m) sale of the Blanchardstown Centre to Blackstone have ensured there has been no slowdown since.

The city has benefited from investment from the tech sector, which fuels regeneration and job creation. But Stephen Vernon, chairman of Green Property, warned that this came with risks. The likes of Google and Amazon may be an established part of Dublin’s landscape, but those following in their footsteps – the fast-growing tech “unicorns”, defined as start-ups valued at more than $1bn (£753m) – might be more transient and could leave space unoccupied at short notice, he said.

Birmingham is another city to have bounced back. So much so that it can stop worrying about London and Manchester, according to speakers at February’s Question Time event.

Andy Mielczarek, head of distribution UK at HSBC, said Birmingham offered a lifestyle that could not be found in London. HSBC announced last year that it would relocate the head office of its ring-fenced UK bank to Birmingham, moving 1,000 head office roles from the capital and adding to its existing workforce of 2,500.

“The dialogue we are having is that it is much better to live here than other places in the UK,” Mielczarek said.

Citibase chief executive Steve Jude said the city should forget about the Northern Powerhouse, arguing that with the redevelopment of New Street station and the relocation of HSBC’s head office from London, Birmingham could genuinely be considered the second city ahead of its Northern rivals. “The Northern Powerhouse is a fantastic brand, which happens to be in George Osborne’s constituency, but I am not sure what is actually going to be delivered. Birmingham has got it all going on already, but it is not branded well,” Jude added.

City council leader John Clancy said: “Birmingham is the most investible city in the UK and the sixth in Europe. We are ready to take off. We will match Manchester and overtake it.”

North of the border, issues raised by 2014’s independence referendum should not deter investors or opportunity seekers, according to delegates at January’s Glasgow Question Time. “[The referendum] needs to be treated as noise,” said Savills UK investment director Bruce Patrick. “For every investor that is scared away by the discussion over the referendum and continuing Scottish support for the SNP, there are two or three waiting to get in. It is a fantastic country and Glasgow is a global city and a great place to invest.”

The only potential limiter for Glasgow, according to Shona Maciver of brand consultancy Locofoco, lies in the city’s own psyche. “My anxiety is not whether or not it competes with Manchester and the other cities, it is that it loses its mojo and fails to understand what gave it that in the first place,” she said.

In Edinburgh, Keith Dobson, head of Savills’ Edinburgh office, suggested that Scotland’s two biggest cities should work together to create opportunities. “I would consider using Edinburgh and Glasgow as a regional offer,” said Dobson. “I still feel that Edinburgh needs to project more as a European capital city and that it is a stronger marketing tool to use.”

An emerging corridor is proving a lure for creative talent, BBC Wales director Rhodri Talfan Davies told EG’s Cardiff Question Time. “There is probably no more interesting corridor in terms of the creative sector outside London than between Bristol and Cardiff,” he said. “It is a global centre of documentary and natural history production and Cardiff is a global centre of drama production – we are seeing far more talent moving between these two cities, and there are advantages of scale.”

But, according Cardiff council head of economic development Ken Poole, it will not be easy to draw investment and talent away from the North and Scotland. “The challenge is to get people down here. We know that those perceptions change overnight when we bring people into the city. Sometimes we get preoccupied with borders, yet investors don’t see any borders, they cast their net over the Severn regions and beyond,” he said.